In a move to keep in step with its rivals, IBM on Monday rolled out a free version of its DB2 database product as the computing giant seeks to win the loyalty of more software developers in smaller companies and projects.

Called DB2 Express-C, the offering will be available to customers, developers, and partners as a free download from IBM’s developer community site. Customers will be able to use the same core DB2 data server, which is offered in its license version for free.

Free community support for the database will also be available through a public forum on developerWorks, IBM’s resource for developers.

Hey Bill, Why am i gettin spam still???

Two years ago today Bill Gates predicted that spam email would be eradicated as a problem within 24 months. The Microsoft chairman predicted the death of spam in a speech at the World Economic Forum on 24 January 2004.

But i think Bill had no idea about how big this problem was going to get. I still recieve about 5-10 mails in my mailbox about which i got no clue. The same is the case with all of you. The technology has been improving but even with all those filters and spam dectectors some spam gets to our inbox. God knows when will this end...
Posted by AS at 11:06 AM 2 comments:

Pictures of the new IE 7beta leaked on to the net along with programming code. It seems that the leak was from the developers. Several of the pics showed chinease symbols and sites. Thousands of users downloaded the files before microsoft coming to knw of this. Although MS as seen leakages in the past but several ppl cast doubt on them as been staged by MS itself to gain publicity...

Confessions of the HOD

Our HOD is a good old man but many of my classmates hate him. Anyways i am his pet and i like him he is not that bad. Today in class he was recollecting his days at college. He told us that he used to the 2nd show matinee almost everyday( gosh i only went to one 9-12 show).. and how he was never at his room before 2am.... in fact most of the students at his hostel hardly knew that he stayed there...until when day when he walked in his room at noon and found students asking hom questions about his whereabouts;)...at last he conceded that hes an old man now and the time he used to stay up till is the time he gets up now ...lolz....

He was quick to point to the fact that we are under a lot more constraints and that our college life wud never be the one like him...
Posted by AS at 3:04 PM No comments:

What happens when Electronics Teacher trys to Joke

Today in our communication class the teacher was trying to explain the dirac's delta function and i wud think he is got a bad sense of humor... here is a little excerpt, we gonna call him ET( meant to be electronics teacher and not Extra-Terrestrial.

ET:- Now i cannot show you infinite line on a paper or blackboard...

ET:- To draw the line we need lots of paper and the college has no money for it...

ET:- Even if we had money to draw the line no one would be able to draw it...

ET:- Coz it wud cover the circumference of the earth...

ET:- Now if i write on this side of the board the ppl on that side cant see it properly and if i

write on the other u can see properly...

ET:- It is all the problem of population ...

ET:- As the population of the country goes on atleast the CSE and ECE departments will have
more number of students...

Computer Crime on the rise as shown in by the new survey conducted by FBI. Whats more interesting to note is the fact that 1 of the 10 surveyed are still running without any firewall.

The companies suffered losses to the tune of $24,000 even when most of them had the basic anti virus protection. This clearly is a pointer to the fact that as the use of internet for a wide range of services increase the rate of crime on net will also grow.

Ok guys I have been tagged

The rules of the game:
1. The tagged victim has to come up with 8 different points of their perfect lover.
2. Need to mention the sex of the target.
3. Tag 8 victims to join this game & leave a comment on their comments saying they’ve been tagged.
4. If tagged the 2nd time, there’s no need to post again. 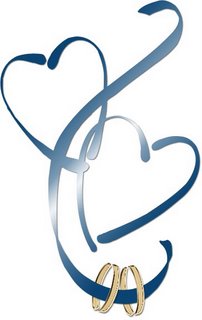 
The eight other ppl who shud do this are:-

This is the first computer bug....

Apple on the double

Apple has finally accounced that it will use intel chips for its laptops and pcs. Apple's chief executive, Steve Jobs, says the machines would run between two and four times faster than the PowerPC iMacs and Powerbooks they replace. Another smelly apple stuff here:D

Google has been well known for the handling of information from its users. Now the US government wants some information from the google and its not ready to part with it. Even though google collects a lot of private information the privacy groups have been supportive of google because of its privacy policy.

I found an interesting search engine for pictures. It finds pictures not based on
keywords but based on a rough sketch you can make of that picture. The engine is
called retrievr and can be found on the link below. I played with it for sometimes.
The results are worth the play:D

Today when i logged on to msn msger i got 3 mails so i clicked the link to go to my inbox directly..but i was taken aback with the webpage i got to... it opens a page on orkut...
here are a few screen shots. I have a class now will be looking into this later... 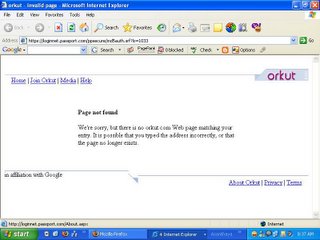 NIT Warangal recently hosted the warangal users group which is the second of its kind in india.
All opensolaris users and fans are invited to join it.

The Day off for the Profs...

Today was the day off at college with 3 teachers not making to the class and one not taking it. Which means we had only the Communication Systems class today. This semester has been a very strict one with no free classes, so today came as a respite for the students, who loafed all day or slept. But for me the day was hectic. My wallet was stolen yesterday so no classes for me mean i had to bank for gettin the ATM. Then the college id and library id and so on...pah
Posted by AS at 8:48 PM 4 comments:

Today in the Algorithm Design class the prof deviated from the topic and went on to tell about the liberation of programmers. So heres it...

We keep hearing about ajax but what is it...?
Ajax is not a technology in itself, its a collection of technologies to create interactive web applications using a combination of (as per wikipedia)

* XHTML (or HTML) and CSS for marking up and styling information. (XML is commonly used, although any format will work, including preformatted HTML, plain text, JSON and even EBML).
* The Document Object Model manipulated through JavaScript to dynamically display and interact with the information presented
* The XMLHttpRequest object to exchange data asynchronously with the web server. In some Ajax frameworks and in some situations, an IFrame object is used instead of the XMLHttpRequest object to exchange data with the web server.

So when someone recently asked me if i had programmed in ajax i said no. But it doesnt seem that difficult after all. Lemme get back to college i think i am gonna make something in ajax:)

I read a hand out today which had around 10 points on how to be a successful IT manager. Here are the points i felt are important.

How to become a great IT manager

IT is not only the technology or engineering; its is an art in great. Most IT activities though very complex to handle are desk managed compared to other disciplines which requires extensive filed or labour orientation.
The following suggestions can help you be a great IT manager...

Tags: IT Manager, Project Manager
Posted by AS at 10:59 PM No comments:

Know Where the Motivation Comes From

Most leaders think its their job to motivate the people. But the fact is that you cannot motivate anyone. This truth will be told to you by many experienced managers. The only place your employes can get motivation is from themselves. Its your job to encourage them to get motivated. Appericiate good work and make them feel the importance of their work in the current project. This should be enough for most people to get going. The mistake many leaders do it to try to motivate thier people by exilarating. Sorry it wont work that way. Unless people get happiness and joy from within they wont be motivated.

I am starting a series of posts regarding leadership and management. Hope it addresses issuses faced by many of you.
So most people really dont know what makes a good leader. People are not motivated by people who can't picture great leadership.
In his book on business management, The Laughing Warriors, Dale Dauten offfers a picture of a leader with a code to live by,

THINK LIKE A HERO
Who can I help today? Since to be a leader is to serve, you must be on guard to help others all the time.

WORK LIKE AN ARTIST
What else can we try? Leaders should be trying differernt things even when they can be risky.
To innovate and creative is one of the prime features of a leader.

REFUSE TO BE ORDINARY
Leaders should always pursue excellence not to praise it but to kill it.

CELEBRATE
Life's a bore without proper celebrations. You must celebrate your sucess but take no credit.

Sorry i was off on a vacation and didnt write nething for a long time... but i really wanted to be with family. Anyways lets start the year with the new year resolutions. Here are mine